In Kythira, due to the polymorphous relief, the island is essentially a raised plateau with craggy coasts around it, this creates different altitudes with the result that large differences in rainfall and temperature can be observed in many areas. These different local conditions contribute to having a wide variety of plants, i.e. a rich flora. Bushy areas form the characteristic mosaic of the natural landscape of the island, which consists of dense, often impenetrable, clumps of bushes, usually 1-3 m high. 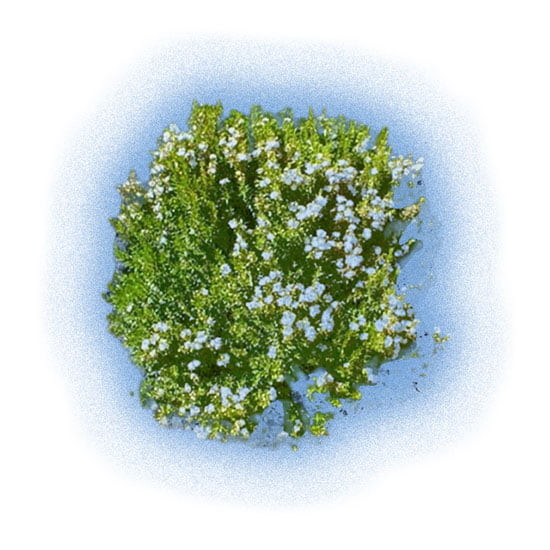 The myrtle is an evergreen shrub, with a height that can reach up to 5 meters. It has white flowers and the fruit is a rail, almost spherical or elliptical. Its leaves are lanceolate, pteroneura, pungent and aromatic. It is propagated by sowing or cuttings.
It is grown outdoors, in pots and in greenhouses. It is used in perfumery, cosmetics and pharmaceuticals. Produces essential oil (myrtle oil). Its durable wood is used in leptoxylurgy and its branches in basket weaving. The plant was known from ancient times and is mentioned by Dioskouridis.
The myrtle was glorified in the Semitic religions and was the sacred plant of Paphos Aphrodite, who when she emerged naked from the sea hid behind a myrtle. The myrtle was the symbol of beauty and youth. Myrtle has been known since ancient times, when it was used as a decorative plant in temples. Myrtle is also associated with marriage. 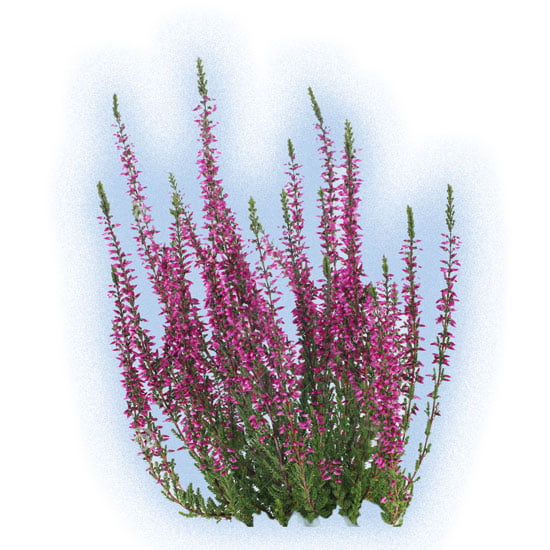 It is a low shrub with small (4-8 mm) and linear leaves. The flowers are small (3-3.5 mm), bell-shaped, pink with anthers with protruding lobes. It blooms in autumn, from the end of August to the beginning of November and is one of the characteristics (dominant in the region of Argalasti Pelion, in Halkidiki, etc.) of the maquis vegetation.
The heather (Erica manipuliflora) commonly known as autumn heather or susura belongs to the Ericaceae (Heather) family, which also includes sedums and rhododendrons. It is a narrow Mediterranean species distributed mainly in the Central and Eastern Mediterranean. 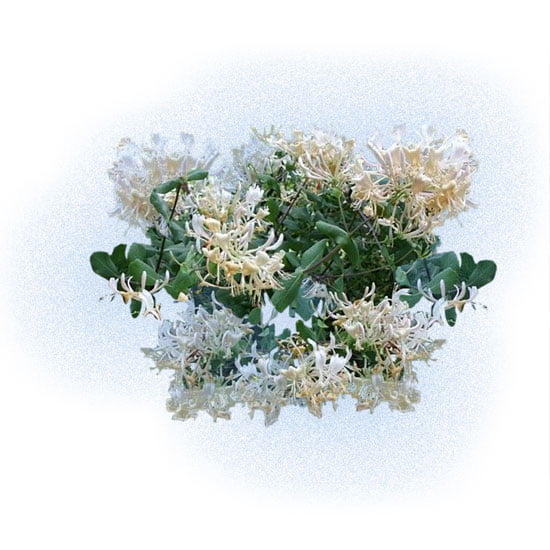 Most Lonicera species are hardy climbers, with a minority of shrubs. Some species (including Lonicera hildebrandiana from the foothills of the Himalayas and L. etrusca from the Mediterranean) are sensitive and can only be grown outside in subtropical zones. The leaves are opposite, simple ovate, 1–10 cm long. Most are deciduous but some species are evergreen.
Honeysuckle is prized as a garden plant for its ability to cover unsightly walls and buildings, with its abundant tubular flowers in early summer, and the strong fragrance of many varieties. Hardy climbing types need their roots in shade and their flowering tops in sunlight or very light shade. 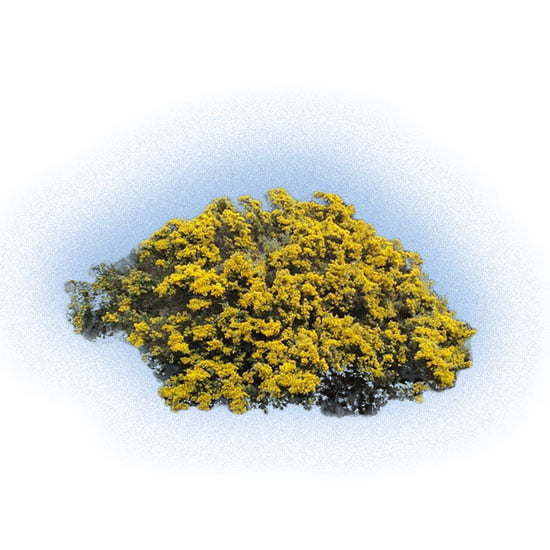 Apiranthos or apiganos is a perennial, aromatic plant with slightly green leaves and small flowers. It thrives in dry areas and thanks to its strong aroma and its ability to repel insects from certain crops it is suitable for gardens. In Crete it is found almost everywhere in the countryside and you can also get it from nurseries.
There is a belief that heathen is stronger if you take a plant from someone else’s garden and make sure that the person transplanting it is the one who will use it later, because the person’s energy will remain in the leaves and plant plant. As far as its planting is concerned, folk tradition sets certain rules, i.e. you should not plant this herb if you feel angry, depressed or anxious. 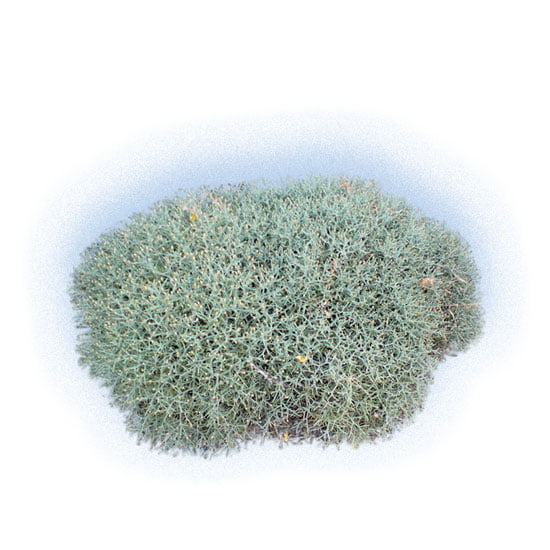 Astrovi is a type of breadfruit that dominates many islands of the Aegean. Phrygana grows in the driest areas of Greece and up to an altitude of about 300 meters. They consist of sparse and low bushes with small and often fluffy leaves, spiny branches and are adapted to summer drought. Their characteristic feature is the seasonal dimorphism (small leaves in summer, large in winter), which they display to regulate the rate of water loss through transpiration.
Because sedge has thorns and a structure that prevents grazing, it is considered a weed by many “forester” herders. So they try in every way to limit it. But as strange as it may seem, slander multiplies and expands its dominance precisely because it is fought. Having adaptations to deal with the fire also with the effects of the living root, it not only withstands but easily overcomes the shock of the fire with which the inhabitants of our islands try to limit it. 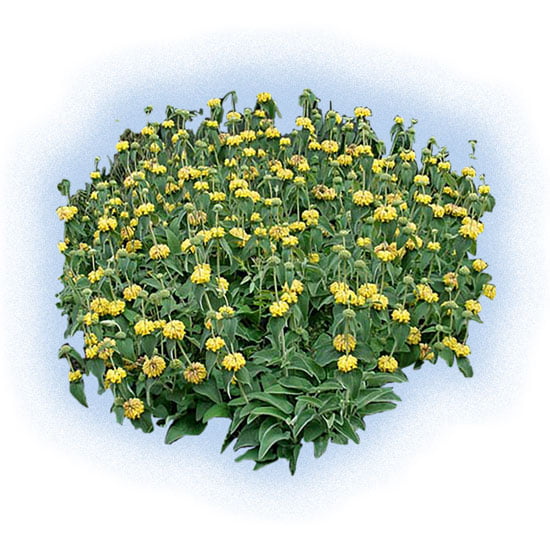 The Asfaka (Phlomis fruticosa), is a woody plant – a shrub of the family of sedges of the order of sedges. It grows mainly in rocky or stony soils and reaches a maximum height of one and a half meters. It blooms depending on the area from the end of March to the beginning of June. Its flowers are yellow in color and are formed at the tops of the plant.
In the past it was used for medicine but also for the manufacture of gunpowder. Its medicinal properties were known to the ancient Greeks, who used it for various medicinal purposes. During the Greek Revolution of 21, it was used to produce a type of gunpowder for the needs of the fight. It is also used as fuel, while in some countries, such as Germany and England, it is also used as an ornamental plant. 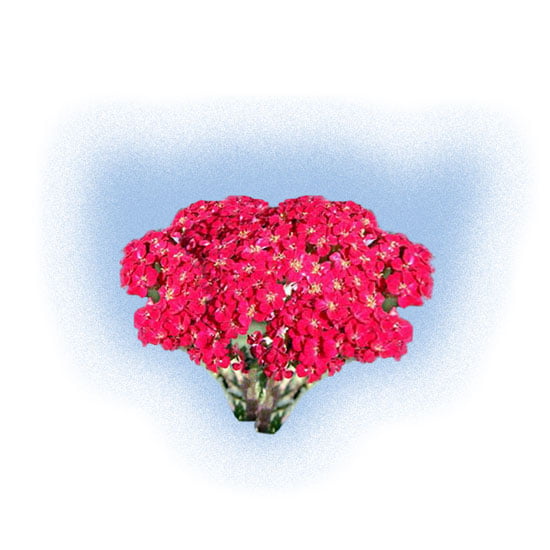 Euphorbia is a large genus of plants of the Euphorbiaceae family, represented in Greece by more than 40 species. A special characteristic of euphorbias is their cup-shaped inflorescence, which is why it is called kyathio from the ancient Greek word for cup.
Euphorbia lactea cristata, is an easy-to-grow succulent, resulting from the grafting of two species. That is, two plants in one! Its upper part is Euphorbia lactea and its color is silver-grey, which can turn reddish if the plant is happy in its environment. Its lower part is usually Euphorbia neriifolia. Its shape resembles a coral and resulted from a normal mutation of Euphorbia lactea and is also known as Coral plant. 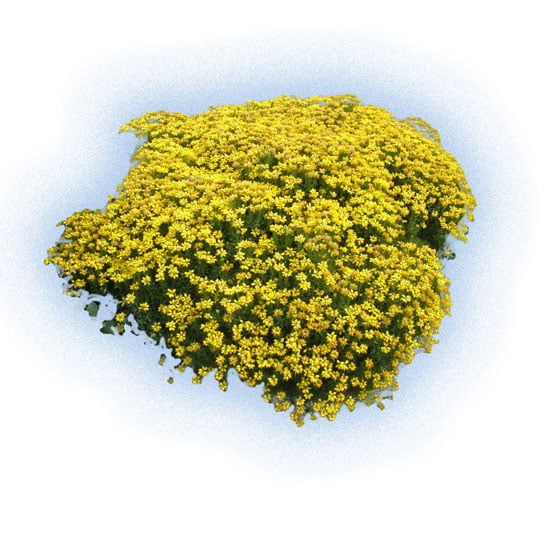 Genista or Afana is a deciduous, side branching, compact shrub of short growth. It has botryoidal, yellow, fragrant flowering in spring. Its branches look like spartan. Resistant to very cold, without special soil and climate requirements.
Genista, or afana, is an ornamental shrub, with a height that reaches from 10 centimeters to half a meter. Its width, starting from 50 centimeters, can reach up to 1 meter in extent. To reach its final size, it will take around 5 to 10 years, after which it does not grow significantly.
Its green foliage rests on heavily branched, also green shoots, which are intertwined with each other, forming small tufted masses. Made up of small, simple green leaves, it has a sparse appearance, creating a distinctive bush image. The flowers of the afana appear in early summer. Bright yellow, many together, at the edges of the foliage, they have the shape of a bean flower, while often they are so numerous that they cover its green frame. 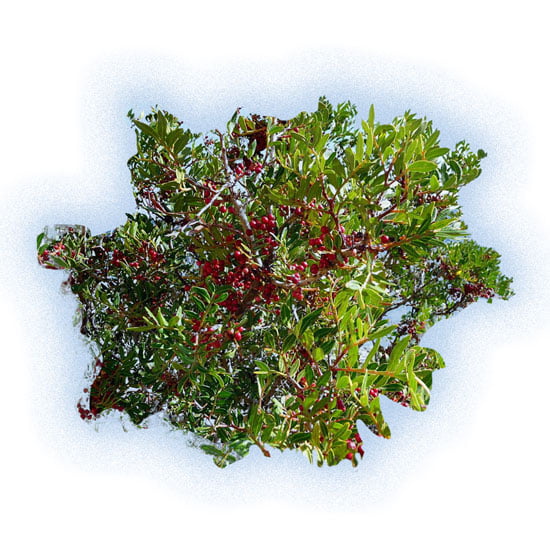 Schinos, originally from the natural scrubs of the Mediterranean, is a robust evergreen shrub of great growth. It has dark green and extremely dense foliage, beautiful red flowers that appear from late spring to early summer, and black fruits – when ripe. It is a plant that is particularly easy to grow, very resistant to enemies and diseases and needs almost no care.
Chinos, an integral plant of the Mediterranean landscape, is used both in horticulture and in landscape architecture, and indeed in places where few plants survive, such as those located next to or near the sea. 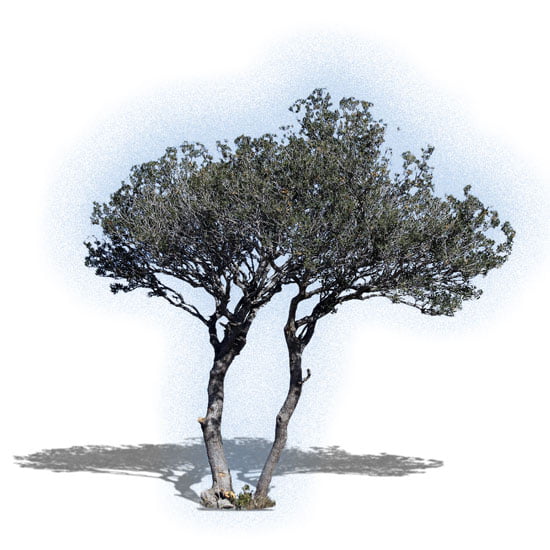 The wild olive is naturally found in the evergreen-broadleaf forest zone and is a population with many variations. Its branches are numerous, short and hard, more or less spiny and quite angular (crooked).
The trunk is thick, rough, often rounded, curved or tortuous. In rare cases of centuries-old trees, its height can reach up to 15 meters. The bark is ash gray in color and initially, in young trees, it is smooth. Over time, lumps form and it becomes nodular. The leaves are small and tough, short-stalked, oppositely arranged, leathery with smooth margins. They are lanceolate elliptical, rounded or oval in shape and their color on the upper side is dark green.
In classical times it was also called Kotinos, like the wreath from its branches with which the winner was crowned in the ancient Olympic games.