The island looks as if it has emerged from the sea, with the surrounding relief being craggy, while its interior is a plateau. Kythera is criss-crossed by ravines and ravines with running water, which along the way lead down to wonderful beaches around the island. Although there are no large-scale wetlands, four wetland areas have been counted, which play a large role in terms of fauna and in particular bird fauna, as a resting and feeding stop for many migratory birds, in one of the most important migration corridors.

The island complex of Kythera and Antikythera due to their geographical position are the intermediate station, essentially the bridge between the Peloponnese and Crete on their way to North Africa, looking for warmer climates during the winter season. Over 200 species of migratory birds have been observed on the island during the migration period, while over 20 species reside permanently.
Some of the migratory ones are the grebe, the white-throated grebe, the grebe (Lanius), the grebe (circus), the grebe (milvus migrans), the eagle (Aquila), the peregrine falcon (Falco Pelegrinus), the snipe (Scolopax rusticola), the thrush (Turdus philomelos), the quail (Coturnix coturnix), the shrew (Anas querquedula), the starling (streptopelia turtur), the swallow (Hirundo rustica), the buzzard (Motacilla), the sycamore (Oriolus oriolus). p> 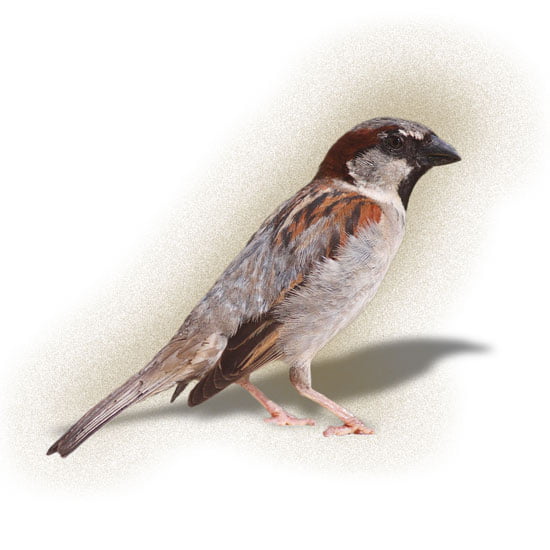 It is a social bird, and some species are associated with humans, although it is difficult to keep as a pet. It builds nests that are characterized by sloppiness, usually nesting in hollows, trees or bushes. It is found in cities as well as in the countryside, and feeds mainly on seeds and small insects. They are small greyish or brownish birds with short tails, rounded wings, stout bodies, large heads and tapered beaks. Their size ranges from 12-17 centimeters and weight around 40 grams. They are noisy and live in swarms.
The house sparrow is considered an indicator of biodiversity in the environment, and the alarming decline in its population is sounding alarm bells. The increase in agriculture and the urbanization of the environment have contributed to this, significantly limiting the places where birds can find food and shelter. 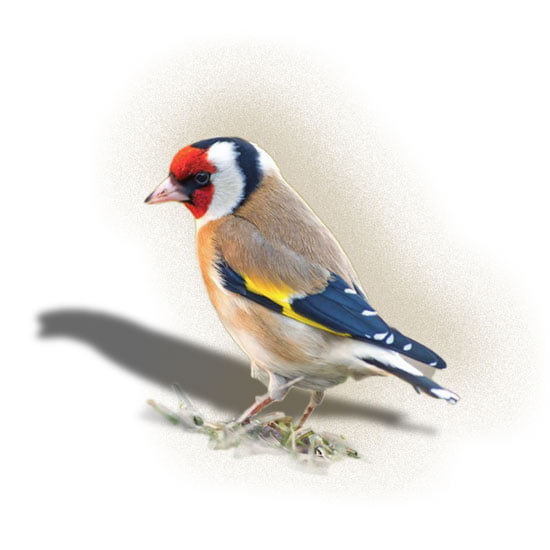 It is an ostrich bird, of the genus Carduelis and belongs to the spizidae family. It is a songbird and lives in flocks in forests and meadows, as well as in gardens and fields It is a migratory bird and in autumn it migrates to places with a sweeter climate. It feeds almost exclusively on thorn seeds and worms. The solidarity and love these birds have for each other is remarkable.
The length of the bird reaches 19 cm and there is a wide variety in color combinations. Dominant colors are yellow, red and black. Her head is red in color and this feature is why the people gave her the name “turkopula”, because the red color on her head looks like the bird is wearing a fez. 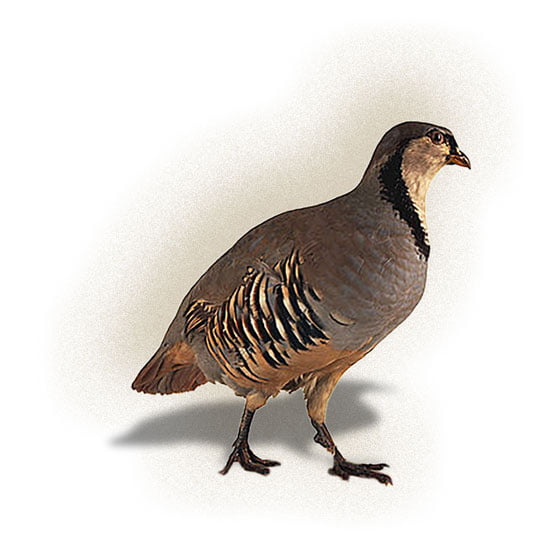 The name of the genus comes from the Ancient Greek alektoris which referred to domestic chickens. The Greek name is due to the fact that it lives in rocky areas. The partridge is an endemic epidemic bird of Europe, where it spreads only in the Alps, the Apennines, Sicily and the Balkans.
The partridge flies rarely but quickly and better than other birds. It flies only when necessary, low with quick flaps and glides with unstretched wings. The petrel is an epidemic species, it is social and lives in family groups of 10-15 people, while during the winter two such groups can unite and reach 40 people. 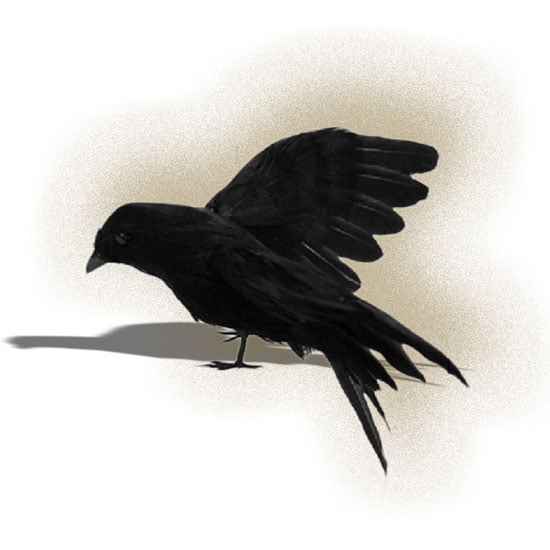 The crow, or raven or raven (scientific name: Corvus corax) is a carnivorous land bird of the order Struthiomorpha, the size of a hen (length 56-69 cm), which ranks it as one of the largest members of the order and reaches weighing one and a half kilograms. It has distinctive black plumage, with red and blue highlights, a black conical bill and black legs, hence the expression “black as a crow”.
It builds its nest in the tops of trees, mountains, steep rocks and remote tall towers. From there it descends to the plain for food. Generally it is omnivorous and voracious bird. The crow is very easily tamed and learns to live with humans to a great extent. In Antiquity, the ancient Greeks had a special love for the bird, which they had dedicated to the god Apollo. 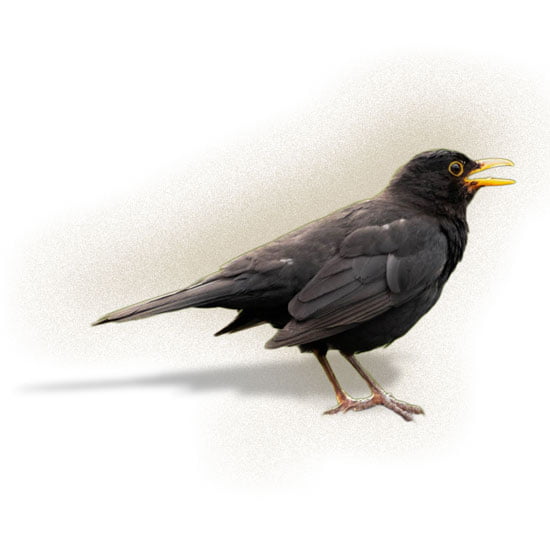 The male is all black except for the yellow bill and the yellow ring around the eyes, while the adult female and young birds have dark brown plumage. This species breeds in gardens or forests, constructing a neat, mud-lined, bowl-shaped nest.
It is omnivorous, eating a wide variety of insects, earthworms, nuts and fruits. It has a length of 23 to 29 cm, a long tail and a weight of 80 to 120 grams. The male has many different melodious calls. She can give birth up to 5 times a year. There are many literary and cultural references to the genre, often related to its song. 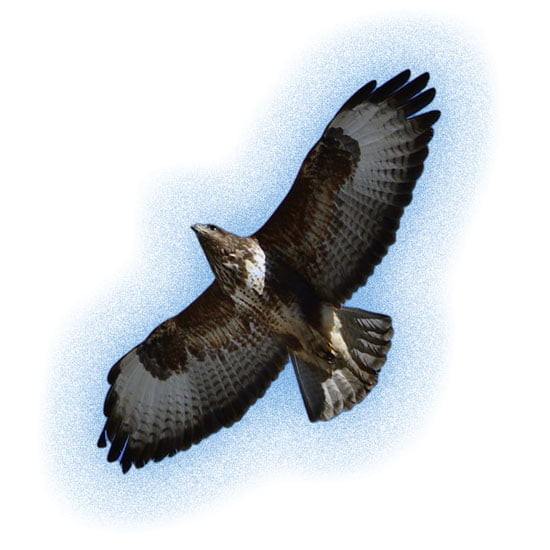 A long-lived bird of prey, in Greece it is a permanent resident (epidemic) and nests in relatively satisfactory numbers. The peregrine falcon mainly inhabits small forests with adjacent open landscapes such as meadows, scrubland and crops, to be able to forage. During the winter it can be found in wetlands and swampy areas.
The falcon is a medium-sized, robust raptor with extremely variable plumage coloration ranging from almost white to almost black, with all combinations in between. The main food of the hawk is small mammals and, in Europe, mainly mice. It also captures birds, mostly small, reptiles (such as lizards), worms, water snakes and amphibians, mostly frogs and toads. 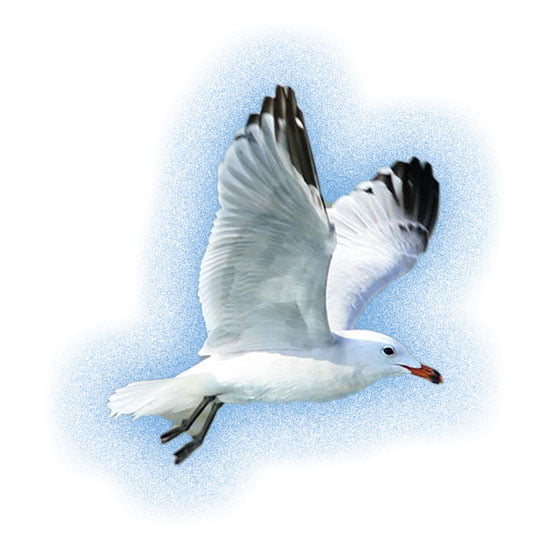 The sea gull is a sea pelagic bird of the Laridae family, one of the species of seagulls found in Greece. The Eurasian gull is the only gull species that breeds exclusively in the Mediterranean. The main breeding colonies are in the Ebro Delta of Spain and the Tsafarina Islands off the coast of NE Morocco.
The common gull is a semi-migratory species that, after breeding, is widely dispersed along different coasts of the Mediterranean. Almost all juveniles and some adults migrate via Gibraltar from July to October, with migration peaking in August, to overwinter on the North African coast. During the winter, birds gather in large flocks. 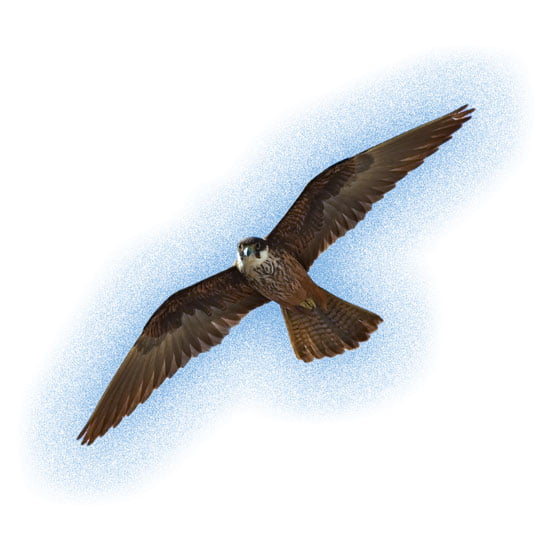 An elegant predator, with long and thin wings, a long tail and an aerodynamic body, structures that serve the most important element of its physiology, speed. Below the eye is the characteristic dark triangular cheek patch of hawks. The carapace, tarsi and legs are lemon yellow.
The black petrel nests by the sea, on the steep slopes of islands or coastal continental areas, as well as on flat, quiet islets, with limestone or volcanic geological background, provided that there are shady places for most of the day. The black petrel feeds on large insects such as beetles, grasshoppers, dragonflies, butterflies, cicadas and flying ants, occasionally bats and lizards.

Owl belongs to the Glaucidae family and is one of the smallest species of glauca in Europe. The warbler is about 19 cm long, its plumage is light, reddish-brown to gray, dotted with ash-brown small spots and worm-like streaks, as well as whitish spots and patches. His iris color is yellow.
The son-in-law’s voice is a very characteristic sound of summer nights. Owl is exclusively nocturnal and thermophilic. It nests in holes and cavities in trees or abandoned nests of other birds. It lives and breeds in open forests, settlements, parks, near residential areas, plantations, gardens, etc. It feeds mainly on insects, but often preys on small reptiles and small mammals and is particularly useful in agriculture.